What Happened to Nick Mordin? 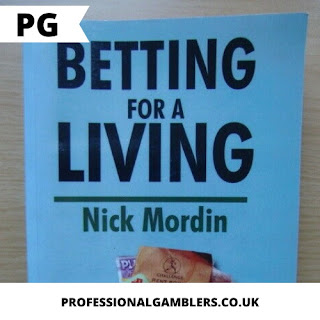 I received an email a long time ago asking this very question.

The reason why I was contacted is because my twin brother, Tony, run a study regarding the significance of pattern-race entries within two-year-old horse racing.

In fact, the data was pieced together into a story by Mordin for his popular Systems, detailed in the Weekender publication.

The article was titled: In a Class of their Own: How to Spot & Back Potential Top-Notch Two-year-olds. I can't remember the date of the publication, but it must have been a long time ago. [I found a link to the article on High Class Equine dated 14th, May 1994].

This research was groundbreaking and it was the first study of its kind in the world.

In fact, I have had many people remark about its publication years later and still holds a lot of interest and clout to this day.

My brother and I still use this information and we detail some aspects for free via our Group Horse Subscription + Easy Professional Gambler Mailing Series. (100% Free).

Nick Mordin is a man who was much respected in the racing world finding angles and writing a number of publications to help readers get ahead of the game.

All were very well received and I have a couple in my personal collection.

I notice a few threads on Betfair Community musing about his work.

I do believe Mordin went to live in the United States although I couldn't confirm this as fact or fiction.

Many punters will remember he was criticised by Harry Findlay about the chances of Denman winning the Gold Cup. At least, I think that's what it was about as the old grey matter isn't quite what it used to be.

Anyway, wherever you are, Nick, I hope life is treating you well and my brother often mentions the phone conversation he had with you back in the day.