Professional Gamblers: Who Is Eddie 'The Shoe' Fremantle 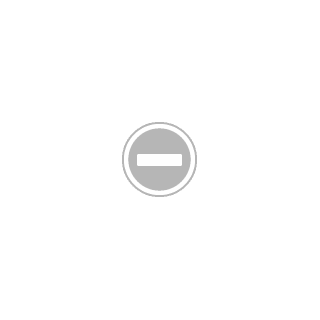 Eddie 'The Shoe' Fremantle is a freelance journalist, horse racing analyst and professional punter, probably best known, nowadays, for his punditry on the 'Racing TV' television channel. Fremantle developed an interest in horse racing at an early age and, in an interview with Star Sports in 2018, recalled backing Balliol in the King's Stand Stakes and Lassalle in the Gold Cup at Royal Ascot in 1973 although, by his own admission, he could not 'really remember much about it'.

Nevertheless, his interest in the 'Sport of Kings' developed throughout his teenage years. He was offered his first job in journalism largely as the result of a chance meeting with Ian Davies, who was, at the time, deputy editor of the 'Racing & Football Outlook', whom he met on a train journey to Ludlow. Some months later, Davies, who was by now editor of the aforementioned publication, contacted Fremantle and offered him a position as a sports tipster. Fremantle subsequently spent four years as a youthful 'Man on the Spot' in the now-defunct 'Sporting Life' newspaper, before devoting his time solely to backing horses for a living. However, after eight years he did return to journalism, as racing correspondent to 'The Observer', a position that allowed him access to the press facilities at racecourses.
Fremantle remains one of a dying breed of professional punters, insofar as he still goes racing four or five days a week. He is a modest punter, by professional standards, but he believes that, by keeping his turnover high – or, in other words, by betting as often as possible – but keeping his stakes relatively low, he eliminates long losing runs, at least in terms of time. As he put it, 'If you only bet rarely, but have a big bet when you do, you really have to get it right.'He also has an interesting take on chasing losses; of course, he does not advocate poor decision-making based on desperation, frustration or any other negative emotion but, by the same token, he does not view losing money as a reason to give up betting altogether. After all, he says, if you never chase your losses you'll never get them back.
Fremantle takes a entirely pragmatic approach to horse racing and subscribes to the unfashionable philosophy that there is no substitute for hard work. In the absence of any 'golden goose', he relies on studying form, on video and in print, as much as possible. As a matter of personal preference, he specialises in Flat racing, including all-weather racing during the winter months, but his best advice to anyone looking to make horse racing pay is to do something 'different'. Of course, horse racing form is in the public domain but, by examining the performance of every horse in every race, keen-eyed punters may spot something that has been overlooked by the rank and file of the betting public.
Instead of looking for the winner of each race, Fremantle recommends preparing your own betting forecast, or 'tissue', for each race and comparing your estimated odds with those commercially available to identify which horses, if any, are under- or over-priced. His own tissue prices factor in elements such as luck in running, or lack of it, which is a common cause of over-reaction by bookmakers.
Betting People: Meeting Eddie Fremantle (Part 2)
Betting People: Meeting Eddie Fremantle (Part 3)
Twitter: Eddie Fremantle