Professional Gamblers: Who Is Jack Ramsden? 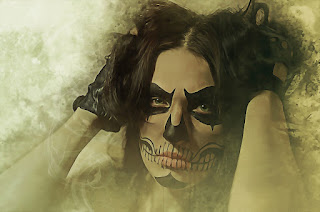 Professional gamblers come from varied backgrounds - including horse trainers. Considering this line of work, it would seem to be a very good way to make money.

However, let's get back to the start of the story. Jack Ramsden was a stockbroker until 1980, then decided to turn his hand to being a professional gambler. He had thirteen consecutive winning years (probably many more).

He said of stock brokering: ''I was working in the city, but the city wasn't working for me. I was a pretty useless stockbroker.''

Very much in the mold of Phil Bull, he based his success on speed figures.

In fact he stated: ''I cannot stress too strongly the importance of the race times. They bind the whole approach together. A good horse can do a bad time, but a bad horse cannot do a good time.''

Ramsden detailed the good times on the national hunt are few and far between but everyone seems to know about them and the prices are too short to back.

He said: ''Even cutting out the endless research of form, it takes me two  to three hours a day to work out my bets.''

Clearly looking for value he says: ''At those odds, you don't need to be right all the time!''

What was even more intriguing with Ramsden is that he collaborated with ''his own bookmaker'' Colin Webster. In fact, the bookmaker (this must be a first) paid Ramsden £5,000 a year for his information. In addition, he had to place Ramsden's bets with other bookmakers.

What struck me as being unusual with Ramsden was his liking for multibets (trebles, yankees, lucky 15). He liked to bet on big priced horses and it seemed to be a very lucrative addition because on four occasions he reported winning over £200,000 at time on multiple bets.

However, he advised punters to forget about each-way bets This insight came from researching his bets that he would have made much more doubling his win bet rather opting for the ''safer'' method.

He said: ''I think all punters would benefit from cutting out all each-way bets and sticking to singles.''

Jack met his wife, Lynda, when she works at the horse racing stables of John Sutcliffe Snr, where Jack, one of Barry Hills' first owners, had horses. The couple married in 1977. Originally, training horses in the Isle Of Man, they moved to North Yorkshire, England, where they trained for many years.