Professional Gamblers: The Best Ever Article About Sidney Harris 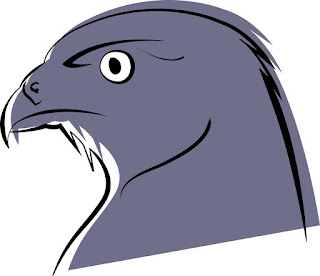 If you are a man of a certain age you may well remember professional gambler Sidney Harris.

However, far from a misspent youth, Harris was always astute in understanding probability - it was his blood.

He defied the odds and the misconception that it's a young man's game.

Firstly, he didn't get into horse racing until his mid-40s.

It's never too late.

However, he made most of his vast fortune trading in options on the stock market.

We start the story back in 1987 when Black Tuesday brought dreaded news to investors across the globe. Shares went into free-fall and many investors lost their life saving in one day. An insightful Harris took a view the markets would continue to tumble and he wasn't afraid to put his money where his mouth was.

He speculated £38,000 that the markets would plunge into massive losses.

After retiring from the stock market game, he had the time, money and passion to invest in his new love of horse racing.

In fact, it led to the publication of his book: Horse Racing: The Essential Guide to Backing Winners, published in 2000, by As-if publishing with a forward written by horse trainer Mark J. Polglase.

Polish Peter said: '' At first this looks like the kind of slim pamphlet you expect from the usual snake oil tipster. But contained within is a total to racing from the ground. I have it by my bedside and each time I read a page I discover something new. A Bible for horse fans.''

When Harris put pen to paper, he had been gambling professionally for just over seven years.

Continuing, Harris said: ''Looking back at these seven years, I realise that I have been on both a roller-coaster ride and an acute learning curve," he says. "The objective of this book is to clarify, beyond doubt, that the best way to find winners is through constant and consistent study, and that only by taking a methodical approach is it possible to make sense of the chaos that is unleashed the moment the starting stalls open for a horse race."

He stated that most punters simply rely on luck to win.

"Each punter's journey is quite different, travelling an uncertain route without the benefit of a signpost," says Harris. "Entrenched misguided ideas lead punters to repeat mistakes that eventually become debilitating and regularly indulged habits.''

Harris wished to instill in the everyday punter that without a strategy it is impossible to spot mistakes.

One angle used by this consummate professional was to review races and look for horses treated leniently by their jockey and backing them when primed to win.

He said: ''If you watch a race two or three times you will be surprised by how little you pick up.''

This was probably the reason he would watch a race up to a dozen times.

As seen with many professional gamblers, he has a set of rules that he never breaks:

1) Never back a horse on unproven ground

3) Never Never back a horse unsuited to the track

In fact, one of his golden rules is to identify trainers and jockeys who have good records at given tracks.

This is often something overlooked by punters.

Of bookmakers he gives insight to help punters to be one step ahead of what he calls barrow-boy psychology to entice punters with what seem to be the illusion of fleeting value.

Harris says: ''Most of the bookies prices are tantamount to a mirage.''

Looking at the percentages, he states:

"As we know, the difference between 2/1 ON and evens is approximately 16 per cent. The difference between a 9/1 chance and a 33 /1 chance is approximately 7 per cent. In this area, we have to play the bookmaker at his own game. "We have to, wherever possible, look for favourites to oppose. By the sheer fact that favourites are the worst value, they create value at the other end of the scale. The shorter the price of the favourite, the more value it creates in other horses."

Basically, anything priced below 3/1 is potentially lacking in value and the shorter the price it becomes more acute.

Harris is correct in stating that the majority of bets are struck at 3/1 and less and reason why there is value at looking for bigger price horses.

He acknowledges that backing bigger priced horses can lead to longer losing runs. However, he states the best approach to coping with losing runs is to bet well within your means so you feel no emotion at losing.

If you are struggling with emotions: ''You are staking too high.''

Harris sticks with a level stake approach. He details the bad habit of gamblers betting each-way and how it can be difficult to get out of this routine.

However, he suggests punters use the 80 over 20 rule which seems punters place 80% o their stake on the win and just 20% on the place.

Using this method you are working from within your comfort zone and betting has a feel-good factor. Even a string of losers will not unbalance you and, more importantly, you won't be betting with your emotions.

Harris wisely advises: ''If you are tempted to increase your stake to recoup previous losses don't consider doing this betting on a horse under 5/1. It will go straight into the bookmaker's satchel.''

If you want to take your betting seriously, then you need to understand these key pointers about assessing form.

''Form contains all the clues to finding winners.''

''The form book is like your map. And the basis to our understanding is what we consider to be irrefutable form. That means truly run races, and horses that make a sustained effort.''

Harris says: ''The future of any race is unknown but we can discern what happened in the past. We need to concentrate on horses which have shown their best. For example, if we have a ten-horse race and only three have made a race of it, we ignore the other seven.''

Sidney Harris' book doesn't answer every question but is does offer valuable advice.

In conclusion he states: ''You're not going to get rich overnight. I've read many books and they often detail little bits of information which benefit my own game.''

And that is the truth of this book.