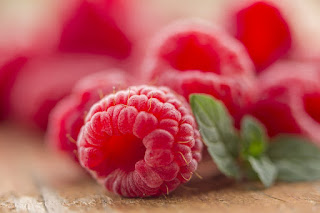 It's a strange but beautiful happening that you can read someone's words and appreciate the man, women or child behind them.

To do John proud I feel like I should follow those sentences with a quote from an eminent philosopher.

Perhaps Aristotle, as John reminds me of an egalitarian man.

Most readers will know John Berry as an established horse trainer who resides at Beverley House Stables, Exeter Road, Newmarket.

He's a great addition to horse racing channel At The Races. A role he must have been doing for many years among his journalist work which is vast and wide, and great aficionado of American thoroughbred horse racing, too. I can't help but see John as a cross between a wise (not so old) owl and a (not so nutty) professor. He has a way with words and far from the cliches so many pundit devour for lack of an original thought.

I have been an avid reader of his blog called Stable Life, where he details racing news, trials and tribulations, winners and losers in well-written prose.

I like the fact he uses the Blogger platform which I use for this website as I do for many including Horse Trainer Directory, which promotes trainers large and small for free.

John is one man who gives a lot back to racing and I look forward to the chance of meeting him some day. As I live in the Fens, it's pretty much my neck of the woods.

As John says: ''It's an amateurs race so Ross Birkett will be on him again, the pair aiming to run about half an inch better than at Haydock.''

Reference to a short-head defeat, when headed on the post, clear of the third. Priced 2/1f that day, this looks a slightly stiffer competition and bookmakers are offering 8/1.

I will be watching and cheering on Das Kapital for the team and wish them well for the National Hunt season, which this five-year-old son of Cityscape has recently undertaken when competing at Fontwell Park.

If you fancy a good read, Stable Life is always truthful and gritty.

Photo: Pixabay free fro commercial use and no attribution but given